The Cosworth XB engine started life as a turbo charged methanol fuelled motor for the late 1990’s Champ C Series. In total approx 40 – 50 engines were manufactured and in 2003 Nicholson McLaren was able to purchase the rights to the engine, complete engines and a complete spares package.

Following the purchase Nicholson McLaren re-engineered the engine to be normally aspirated and run on regular pump fuel. Three variants were developed 2.8. 3.3 & 3.5 which were campaigned in LMP, Speed championships and Hill Climb.

In 2003 Gould Racing chose the NME XB V8 engine to power their new hillclimb car called the GR55. Since the GR55 and the later GR55B were launched it has proven to be probably the most successful chassis and engine partnership in the 100 year history of British Hillclimb Championship having taken 13 Championship wins between 20003 and 2016. The NME XB V8 continues to be a serious contender in Hillclimb racing both in Europe and the UK.

Having won numerous Championships in Europe and Australia over the years the NME XB continues to be an extremely competitive motor – one that we are very proud of. 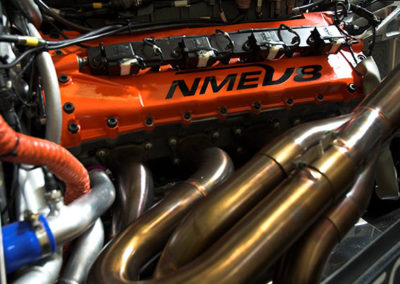 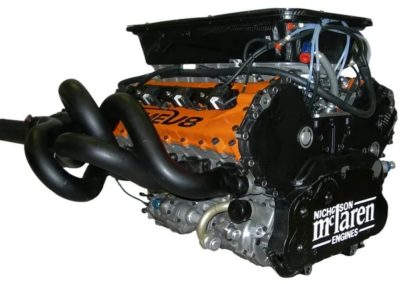 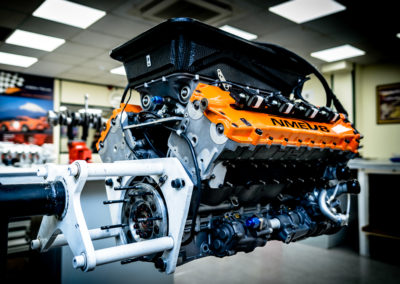 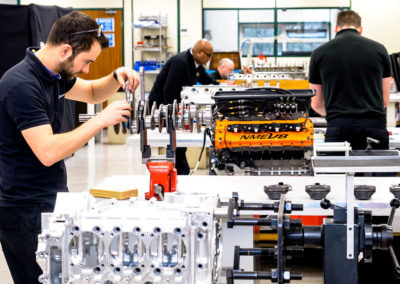