The race was a gruelling finale to the Championship and tragically marred by the death of Helmuth Koinigg. Jody Scheckter’s Tyrrell developed a fuel leak, sending hime into the pits and out of contention for the championship title. With Regazzoni well down the order, Fittipaldi in his McLaren-Ford Cosworth could relax somewhat and secure the title by bringing his 3.0l DFV V8 powered F1 car home in fourth – enough to be proclaimed champion for the second time. 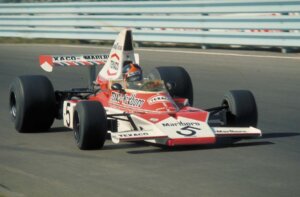